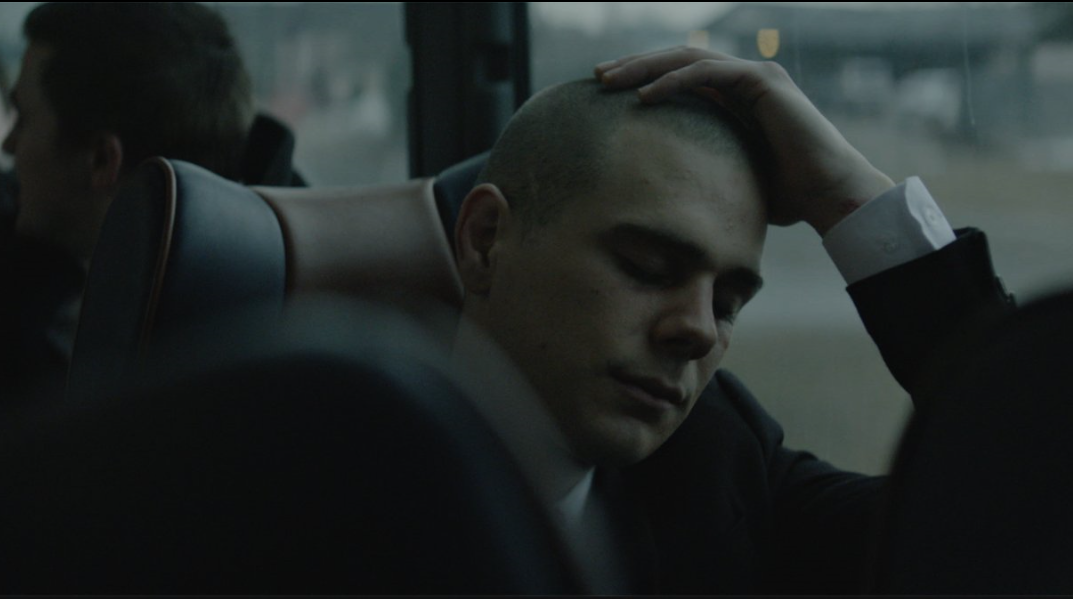 This year’s Calgary International Film Festival started this week. Every year I get invited come along to a few shows and every year I leave each show thinking, what the hell did I just watch?

For the first time in the history of my CIFF attendance, I got to suggest our first film of the festival. Huge personal victory! (But also because the other choice was sold out…) We hit up Globe Theatre to support some hometown pals of mine.

Tyson, a perma-flat affect introvert, is beginning to find his role within the team as a solid enforcer. When one hit goes too far, Tyson finds himself searching for a new identity and new place to fit in. Tyson loses all sources of support when his team and coach turn on him, and he returns to live with less than nurturing, dismissing father (and mother who doesn’t speak to him – like all of the mute women in the film). The stressors keep piling on and Tyson’s life is spiraling.

The psychologist in me loved this film. It accurately portrayed the search for one’s identity after losing it in the blink of an eye. Although dizzying after awhile, the claustrophobic close ups and still shots of Tyson amongst his jovial teammates or alone in his room depict a dark and subtle message: I’m alone.

A common reaction from high level athletes when they become estranged from their passion, but made more difficult during the significant life transition from supported adolescent to independent young adult, Abrahamson nailed the emotional representation necessary to evoke empathy from the audience, (we’ve all been there) and Funk’s drama debut personally spoke to everyone watching.

After 90 or so minutes of constant life blows, we finally see Tyson smile 90 or so minutes into the film when he finds a connection with a fellow outcast from work, Eric, hilariously depicted by never-acted-before Joe Buffalo. But is it enough to help him find his place in the world?

The junior hockey loving, former billet family, small-town teenager in me; however, still has some questions about the accuracy of the plot. For example, why is there no billet coordinator to assist Tyson in finding a new family to live with? Why didn’t his parents support his aspiring hockey career? Where were all the girls? (You know there would have been girls at that party…) And what kind of irresponsible Greyhound driver would drop him in the Middle of Nowhere, British Columbia? Hello, liability!

In all, I liked it, but I might be biased. Abrahamson and Shane Leydon (who plays team veteran Kellen Harper) hail from my tiny little hometown of Flin Flon, MB, and the theatre was 60% filled with friends and family of the two breakout stars. Abrahamson’s past credits include Diary of a Wimpy Kid: Dog Days (2012), Fear the Walking Dead (2015), MTV’s Awkward (2014), and my personal favourite, Hallmark TV movie, Finding a Family (2011). With more projects currently filming and in post-production, this won’t be the last time you see Jared on the big or small screen!

To read more about Jared’s unique rise to stardom reppin’ the 2-0-4, check out his IMDB bio.

CIFF runs September 21 to October 2 at theatres around Calgary. You can catch Hello Destroyer one more time on Sunday, September 25 at 11am (Globe Theatre) or at Vancouver International Film Festival October 1 and 6.

All the peeps on the 25th team collaborating for your enjoyment.

Previous: Why a rainy Stampede can be your best Stampede
Next: 4 Depressing Films from CIFF 2016