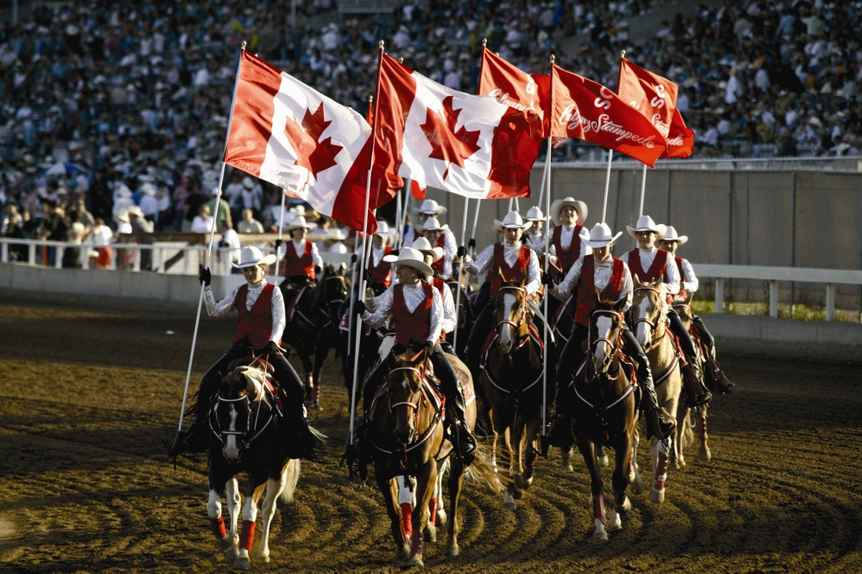 The Calgary Stampede is a few days away and it is time to get your schedule in order! Besides going to the grounds, hitting the Rodeo, betting on the chuckwagon races and buying the weird midway food (this year there is a $100 hot dog…um, what?). Here are some things that can keep it full for the 10 days of fun ahead:

The Stampede kicks off with the Stampede Parade through downtown Calgary. This year’s parade marshal is Olympian Kallie Humphries.

One of the great joys of Stampede is all the pancakes. If you don’t go to a pancake breakfast during Stampede you just aren’t stampeding right. The Chinook Stampede breakfast feeds 60,000 people. That’s a lot of pancakes.

Hit the Stampede grounds on the first Sunday and get your place around the Coke stage for one of this year’s acts Vance Joy. 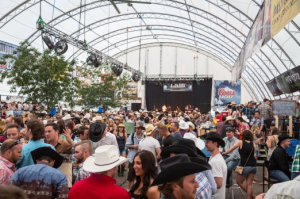 The tent in the middle of downtown is the corporate cowboys delight. There are different concerts and on this night you have Canadian rocker turned country star Dallas Smith.

This year the ENMAX Corral show at the Stampede grounds is Cirque Éloize, one of today’s leaders in contemporary circus arts from Montreal, Québec.They are performing a Stampede version of their show iD.

The big concerts at Fort Calgary never disappoint the crowd. This year they are throwing back with Collective Soul, Big Wreck and Journey. You always sing along to Don’t Stop Believing when it comes on – this year you can do it with the band live.

You can’t miss the Grandstand fireworks every night during Stampede, but you should see the whole show at least once. The Young Canadians, the Alberta Ballet and many other performers bring the glitz and dazzle to the stage every night after the Chuckwagon races.

Blake Shelton takes the stage at the Saddledome the night after his wife Miranda Lambert woos the audience.

Hit up the famous Stampede beer tent on the night Jason Blaine takes the stage.

End off the ten day event with a stop at the Cowboys tent for a concert. Kip Moore and Nelly will shut down the Cowboy’s stage for this year.

Previous: Explore Where You Are: Edmonton
Next: Review: Cirque Eloize at the Calgary Stampede