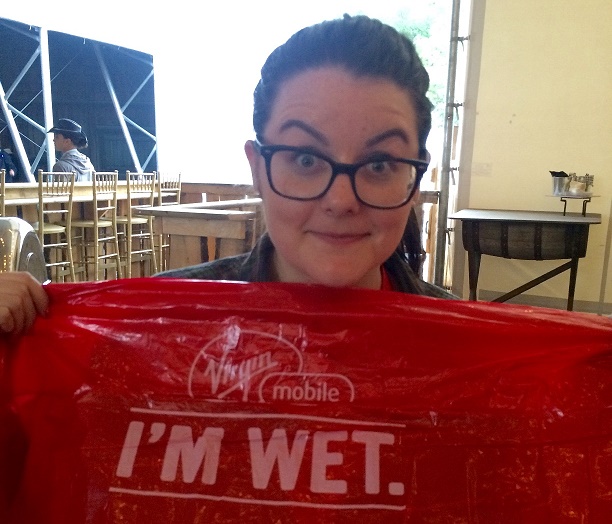 The Greatest Outdoor Show on Earth became this year’s outdoor waterpark for the fully clothed. The Calgary Stampede 2016 was plagued by rain for almost the entire 10 days of the event. Mother nature was not kind. It’s not unheard of for the event to get some rain or even hail, but in one or two day spurts. The rain definitely put a damper on the mood in the city and effected the numbers of people heading to the grounds. There were a couple of days of discounted admission as well as a couple hours on the final day of free entry to encourage people to come on down to the grounds.

A lot of people said that this Calgary Stampede was the worst in recent memory, but I would argue differently. Finding the silver lining in the midst of the thunder may be tough for some, but I think that this was one of the best Stampedes yet. Besides the fact that a real cowboy is not afraid of the rain (clearly it makes the urban cowboy melt), here are five reasons why a rainy Stampede can be your best Stampede:

What lines?
Let’s face it, no one likes waiting in line. Sure there were some lines, there always will be, but the wait times to get into tents, the grounds and onto rides was cut in half. IThe longest I waited in line during the rainy Stampede was 30 minutes.

Putting those boots to use
I didn’t realize how comfortable I could be with soaking wet feet for an entire day until I wore my cowboys boots for a rainy stampede. It makes sense, because they are used by real cowgirls who get in the dirt. For someone who is used to wearing flats that destroy your feet – I’m now fully on team cowboy boots.

Coverage party
Because the rain would start so suddenly and pour for undetermined amounts of time, people were constantly running for cover under anything for protection. You then had to wait it out until the downpour subsided – making tons of tent friends in the process!

Going to the Stampede is a great way to get into the cowboy mindset – the bulls, the agriculture, the clothing…but how often do you get to feel like you’re slugging it out like a real cowboy would in the elements. People pay thousands of dollars to experience the real life cowboying (City Slickers anyone? Great movie.) and this year you got to do it for free. A rainy Stampede builds character.

Good old fashion fun
In recent years the good old fashion hoe down that the Stampede historically is, has been tainted by a certain demographic trying to take the family out of family friendly and replace it with something a little more vulgar. This demo wasn’t into battling the rain though, so they stayed home – making the rest of our experiences a little more hoe down and a little less ho-ish. God bless the rain.

Previous: Michael Bernard Fitzgerald has some wedding rings for you – no, really!
Next: REVIEW: Hello Destroyer (CIFF 2016)