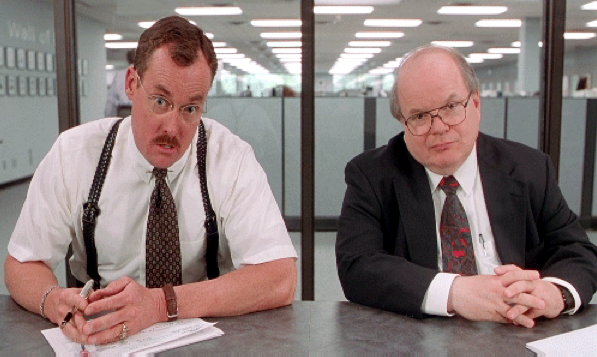 If you’re thinking, “What the hell? You are young-ish, why have you had so many jobs?” Then my answer would be, “I always get too drunk at the office Christmas party and resign in shame sometime during the holidays.” (It would not be a true answer, but it definitely the type of thing I would say to get a laugh.) Actually, I am right on track with well thought out career path – THANKS FOR ASKING.

Anyways, through my job-travels I have met many different characters – some that I absolutely adore and some who I like as much as I like using a porta-potty on the last day of a bro’d out summer music festival. They have made my working life stressful, fun, annoying and interesting to observe.

From my observations* I give you the people you will find in every office you ever work in ever (that has more than 20 people):

Comrade Critic
You probably didn’t meet Comrade Critic on your first day. He usually stays away from new blood because, you are still smelling the roses from having just gone through orientation (otherwise known as ‘the Kool-Aid drinking period’). Comrade Critic will appear a little later and will be able to tell you everything wrong about where you work from the annoying sink in the washroom to the impending bankruptcy of the company. He will constantly advise you to talk to HR about your problems (because he doesn’t want to be the only one complaining) and will state at least once a week that he is going to quit his job.

Don’t let Comrade Critic get you down, he sees life through a glass-half-full lens. He goes to HR so you don’t have to. 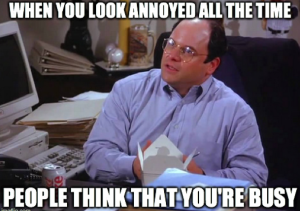 Ms. Busy
Ms. Busy likes to tell anyone who will listen how busy she is in an attempt to enunciate her importance through her task list. The problem with Ms. Busy is that she never actually seems to get any work done.

You: “Can you help me with X?”
Ms. Busy: “OMG, no sorry! I am having the craziest day [insert 20 minute story about their long and treacherous train ride to work]. I have SO MUCH TO DO. [insert list of five things that, in reality, should not take a person an entire day to do, but will end up taking Ms. Busy a week to complete].”

Don’t make the mistake of thinking that Ms. Busy is actually stressed out, being beneficial to the company or of any great importance. The only reason she hasn’t been fired yet is because the executives worry that other employees may be confused and concerned that a person who has presented themselves as being the backbone of the entire organization has just got the boot. 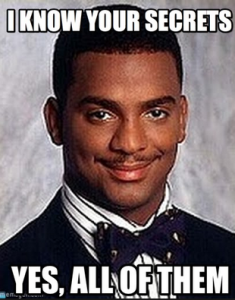 Father Omnipresent
Father Omnipresent is the person in the office who knows everything about everyone. And I mean everything. From which executive is having an affair with their secretary to who is about to get the surprise promotion. He knows everyone’s work secrets and life secrets…he knows so much it’s a wonder that there is any space in his brain for his own secrets. Father Omnipresent is usually a very social person, hanging out with colleagues after work and on the weekends. Either that, or he has a role where he speaks to everyone and overhears a lot of things, like a receptionist.

Keep your friends close, your enemies closer and Father Omnipresent attached to your hip. Knowledge is power and thus, Father Omnipresent is arguably the most important person in your office. You also don’t want to get on Father Omnipresent’s bad side…because even if you don’t think he does, he knows your secrets and can do what he wants with them.

Mr. Transient
Mr. Transient will tell you right away that he is just passing through – this job is just a paragraph in his career book. He accepted this job because he needed one, but he is bound for better, different or more exciting things in the future. Mr. Transient probably got this job through a relative, or the job he is doing is extremely junior and the pay is probably garbage. He will either say that he is too good for the role or will note that he is floating through life to wherever the wind takes him – and it usually blows once every couple of months.

Mr. Transient is usually a good time in the office. He generally knows how to have fun and doesn’t take things too seriously. Try not to align with him though because he will leave, usually without a lot of warning and you don’t want to get hit in the crossfire for being friends with him. 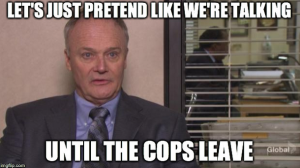 Madam Mystery
You will never know that Madam Mystery is a mystery until one day, two years after you started working with her you find out a fact that a normal person would have mentioned in any of the previous 730 days. A normal thought after talking to Madam Mystery would be, “How did this never come up in conversation? You and your husband have five adopted children? I didn’t even know you were married let alone the mother of a basketball team.” Madam Mystery doesn’t usually participate in company events that fall outside of work hours and will never go out drinking with colleagues.

Madam Mystery is professional and very private. She is here to get work done, not to tell you that Alanis Morissette was her childhood best friend or that she was once a mayor of a small town. Don’t ask Madam Mystery what her vacation plans are or get to inquisitive when she shows up to work late with a sour look on her face.

Lord Ladder Climber
Lord Ladder Climber is a really great person to be around, if you are his boss. He puts all of his efforts into impressing the people above him in office rank. He is usually adored for his good work and willingness to please by anyone senior to himself, but is hated by his peers or inferiors. The hatred stems from the fact that he may have had to step on people to get to where he is, he throws his peers and inferiors under the bus to the bosses and he could care less about anyone but the people who can give him a promotion/raise.

Watch out for Lord Ladder Climber. If you are his boss, straighten him out, no one wants to work with him. If you are on his level or below, just make sure he isn’t throwing you to the wolves when you are out sick. 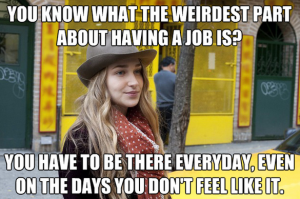 Countess Bliss
Countess Bliss never seems to have a care in the world. When she rolls in ten minutes late for a meeting, she does not seem concerned. Deadlines are not really her thing and she has gotten to the point where her superiors give her meaningless tasks because she cannot be trusted to complete anything that would actually impact the bottom line. Countess Bliss is not really concerned with a career path, and she spends most of her time at work planning what she is going to do when she leaves. She usually works in very junior level jobs into her late 20s.

Countess Bliss is a good addition to the office because she is usually very positive, outgoing and laid back. She doesn’t start fights, compete for attention or cause any kind of friction (on purpose) – she couldn’t be bothered.

Lady Lifer
When you first meet Lady Lifer her introduction will include the amount of time that she has worked at the company. “This is Jane, she has been at the company for XX years!” She is always very proud of this and usually follows it up with something about coming to her with any questions because she knows everything there is to know about this company. Lady Lifer not only drinks the Kool-Aid…she makes it. She wears the company branded jacket in her day-to-day life and plans her vacations so they don’t overlap with office functions.

Lady Lifer is fiercely loyal, almost to a fault. Get in Lady Lifer’s good books by never saying anything bad about the company in her presence and occasionally drop hints about how you too will one day have your retirement party on the roof of the building. Whatever you do, don’t expect to be friends with Lady Lifer after you quit working there. She is very offended by deserters and takes quitting very personally, the same way someone would if you told them you think their child is ugly. 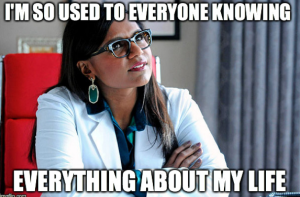 Earl of Oversharing
The Earl of Oversharing is the most entertaining person in the office by far. He really likes to tell stories, especially about his own life…but sometimes he goes too far. He frequently starts sentences with, “I know I shouldn’t say this in the office but…” or “This may be too much information…”. You may love being around the Earl of Oversharing. It really depends how comfortable you are with listening to stories about your colleague’s weekend debaucheries or a detailed play-by-play of their home birth.

One day someone will have the ‘office appropriate behavior talk’ with the Earl…probably after a conversation he had with Madam Mystery that went too far. After that, he will become less and less animated until finally, he’s just another rusty peg in the wheel that keeps the business going. His eyes will become soulless and eventually he will die (as we all do.).

PLEASE NOTE: There is no gender relation to these types – each one can be played by a guy or a girl. Personalities know no gender boundaries.

*Disclaimer: All of these observations were made using characters I have met in my past jobs, not current. 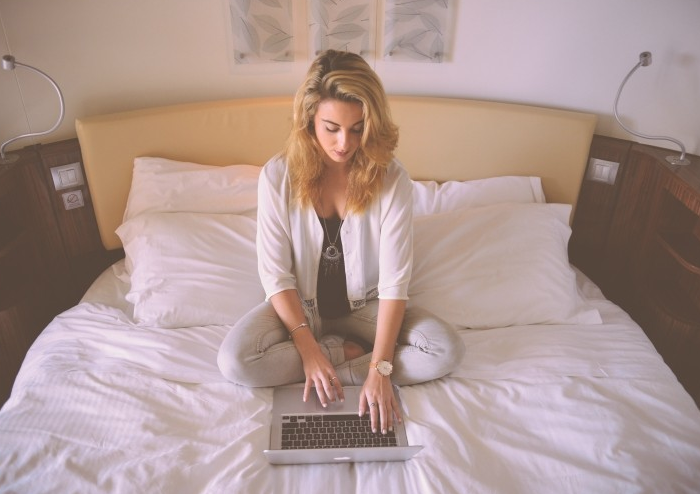 Don’t believe the headline: How to not look stupid on Facebook

Previous: The Art of Leaving: Running away means running towards
Next: EXPLORE WHERE YOU ARE: Halifax

'10 people you will find in every office' has no comments