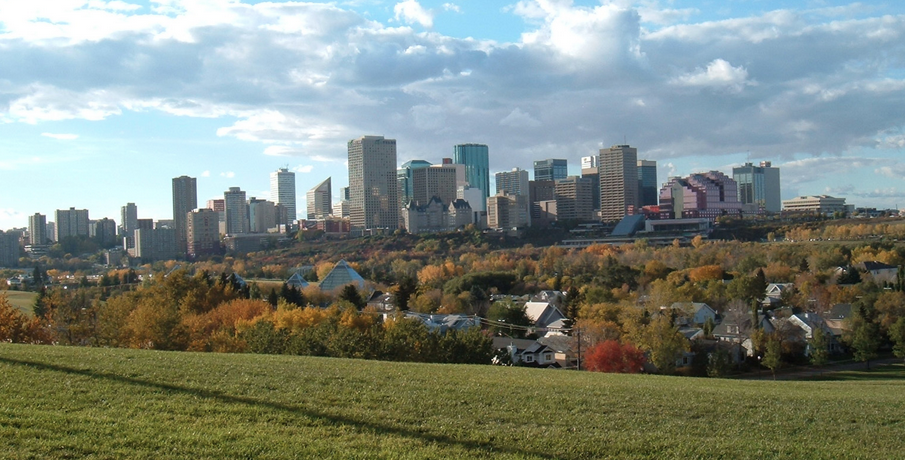 Edmonton. To the untrained eye, it will forever be that really cold city with a large mall and a mega stellar hockey team. But look a little closer and you’ll discover a gem of a town with lots to do.

Festivals
I would be failing my city if I didn’t mention the festivals. Edmonton hosts dozens of them throughout the year so the nickname “Festival City” isn’t a joke. If you’re passing through this summer, why not time it to coincide with one of these notable festivals:

The River Valley
Edmonton is home to a stunning river valley with over 150 kilometers of trails and dozens of parks on both sides of the North Saskatchewan. Why not go for a run along River Valley Road and enjoy the view. Or be like me and tan in Hawrelak Park with a slurpee and a good book.

Patios
No city guide would be complete without a mention of its best bars and patios. My personal best is five different patios in a night. If you’re up for the challenge of beating my record, here’s the Edmonton round up in no particular order:

AGA Refinery Party
After getting a major facelift, the Art Gallery of Alberta has since become a go-to for trendy parties and swanky events, one of them being Refinery: a late night art party where socialites can check out the exhibits and activities, snack on light fare, drink and dance the night away. Refinery Parties are few and far between as they are typically timed and themed with a big exhibition opening, but if you’re lucky enough to attend, it’s a classy way to party without the bar scene. 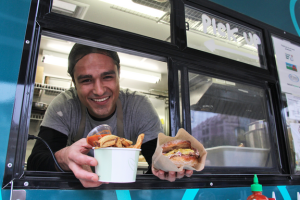 Food Trucks
I’ve noticed a sudden influx of food trucks lately and that is a good, good thing. From Brazilian barbeque to tacos to gourmet sandwiches, there’s a food truck calling your name somewhere in this city. For a most delicious tour of the city, download the Street Food app and go food truck hopping. Or if you prefer to localize your efforts, check out What the Truck?! for planned truck stops throughout the city.

Streetcar Shows
The historic streetcar on High Level Bridge is a cute relic of the past, chugging back and forth over the North Saskatchewan between Whyte Avenue and Downtown. Recently it has been the venue for intimate concerts and improv theatre shows overlooking the river valley at sunset. Featuring musical acts performing unplugged to an audience of a couple dozen at most, it’s a unique, one-of-a-kind experience not to be missed.

Improv Theatre
Catching an improv comedy show makes for a great date night idea that doesn’t break the bank. For the cost of a movie ticket, theatre-goers can interact with the players or sometimes even be part of the show. My favorites are Rapid Fire Theatre and Die Nasty.

Farmer’s Markets
Quite a few farmer’s markets have popped up around the city in the last few years which means you can browse fresh local food and handmade crafts pretty much year round. Some notable spots to check out while out running weekend errands include Old Strathcona Farmer’s Market, Mother’s Market, City Market Downtown, Callingwood Farmer’s Market and the St. Albert Farmer’s Market.

Are you a creature of habit? I am. I do the same things over and over because I like what I know and I like to be comfortable. By the way, I am not 80, I’m 29. So really, I should be still in the discovery phase of my life. If you are like me and just need a little inspiration – we’ve created the EXPLORE WHERE YOU ARE series to give you some ideas of things to do in your city. Would you like to write about your’s? Drop us a line at jes@25ave.com

Uryelle enjoys photography, horror movies and Boston accents. If there is ever an argument over who likes frozen yogurt more, Ury will always invariably win.

Previous: Life Lesson: Public Transit Etiquette 101
Next: What you can do every day of the Calgary Stampede 2015

'Explore Where You Are: Edmonton' has no comments