There are certain things that everyone will cry about in their lives – losing a loved one, winning the lottery and when Bruce Willis says goodbye to Liv Tyler at the end of Armageddon (ok, maybe that last one is just me). Certain moments are just made for crying…and if you don’t cry well, some people just don’t roll that way – but we wonder if they have souls.

Like most Disney creations, The Lion King knows how to get those emotions going. A story about a kid who has a parent who dies and then has to get over some hurdles to become the hero they were born to be! (HELLO – every animated Disney movie made EVER.*)

The Broadway Across Canada touring production of The Lion King musical is currently in Calgary and it is guaranteed to make you feel the fuzzies. The movie was good, the soundtrack was amazing, but the Broadway musical is a whole other level.

There are multiple times when you may shed a tear during the show, but here are my top picks for times you will cry in your seat while watching The Lion King on stage:

1. The Circle of Life
The opening of the show is spectacular. The animals, the song, the tribal singing. You cannot go wrong and, unless you are totally dead inside, you will be moved to tears. And then of course, Rafiki hoists up baby Simba, which is everyone’s all time favorite part of The Lion King.

2. They Live in You
This is the song Mufasa sings to Simba about the kings of the past. It will make you cry because it is a touching father son moment and because you are fully aware that Mufasa is going to die and soon Simba will be all alone. Wahhhh.

3. After Mufasa dies and Simba finds him
The actual scene of Mufasa dying is played out better in the cartoon – it’s a little rushed an odd on the stage – but after Mufasa falls and Simba finds him…let the water works start. Poor little guy. He loses his dad and then his crazy British uncle tells him it was his fault.

4. Endless Nights
Simba is singing about not feeling at home in the GLORIOUS PARADISE that he kicks it in with Timon and Pumbaa, but mostly it is about missing his dad – which is sad. Cue the tears. 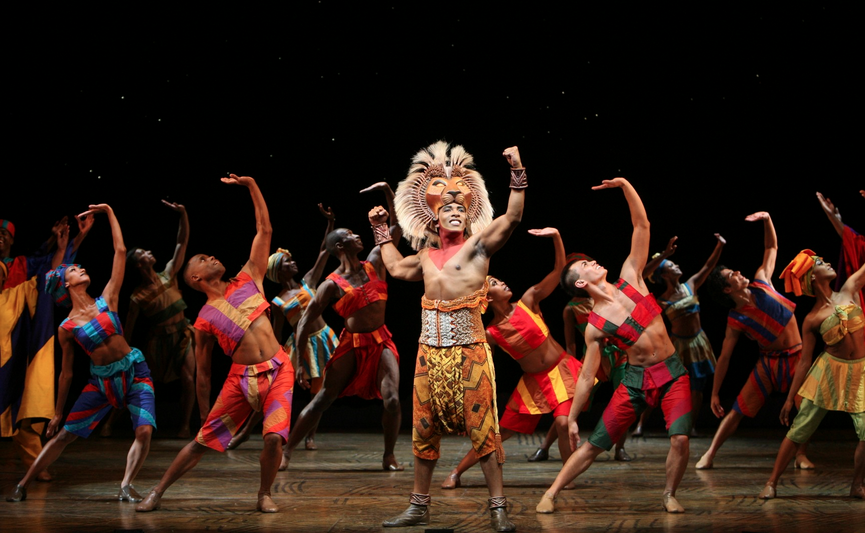 5. He Lives in You
After Rafiki makes Simba to look in the water to find Mufasa, He Lives in You starts. Mufasa talks to Simba from a giant lion head in the sky and tells Simba to remember who he is. So at this point you are crying, and then you laugh when Rafiki starts hitting Simba with her stick. And then you cry again when he decides to go back to Pride Rock.

The Lion King is running in Calgary at the Southern Jubilee Auditorium until September 6, 2015. Tickets can be purchased through Ticketmaster starting at $27.00.

*Disney protagonists with dead parents:
Snow White: Orphan
Bambi: No mother, absent father
Cinderella: Orphan
Alice: Absent parents who allow her to do drugs in the middle of the afternoon
Peter Pan: Parents forgot about him, basically an orphan
Arthur: Orphan
Mowgli: Orphan and doesn’t even know any humans
Little Mermaid: No mother.
Belle: No mother.
Aladdin: Orphan and homeless
Jasmine: No mother
Simba: No father
Pocahontas: No mother
Tarzan: Orphan
Elsa and Anna: Orphans

Previous: Matt Nathanson’s Gold in the Summertime
Next: Let’s all stop being shocked by Miley Cyrus