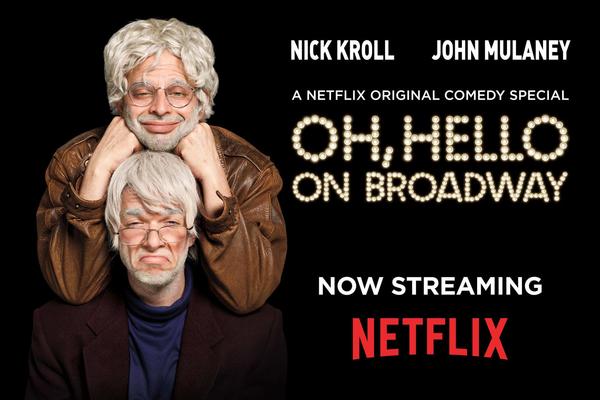 The play is about two old men George St. Geegland (Mulaney) and Gil Faizon (Kroll) who are starring in a play about two old men George Reddington (St. Geeland) and Gil Stone (Faizon) who have been roommates for 40 years are in a rent controlled apartment in New York City. George St. Geeland is an author and wife killer and Gil Faizon’s character (Stone) is an actor who likes to have sex with racoons. Stone and Reddington have a talk show called Too Much Tuna which makes almost as much sense as the overview I have just given this play..

That sounds fun, right? I can’t really explain it (clearly, I have no idea how to explain it) other than to say that it is an hour and a half of straight laughs and I guarantee you won’t pick up on all the jokes the first time you watch it.

One of the running jokes was Gil and George’s love for the band Steely Dan. They assume everyone is familiar with them, but no one is. They talk about the band like it is as popular as Beyonce and no further explanation is needed (that is clearly the joke, which is alluded to at the end of the show).

If you have seen John’s comedy before, you will know that it is often laced with pop, and other, culture references and nods to random pieces of entertainment. In this piece specifically, there were a lot of mentions of playwrights and plays. If you ended the show thinking, “I wonder how many culture references and notable people they talked about throughout the performance?” I’ve got your back. There are 82-ish instances of names or names of things within pop culture that were used in the play. I may have missed some. I blame Gil’s weird accent.

And now, onto the list to prove the number:

Theatre is the hot new thing right now. There’s Hamilton – and no other examples. – George 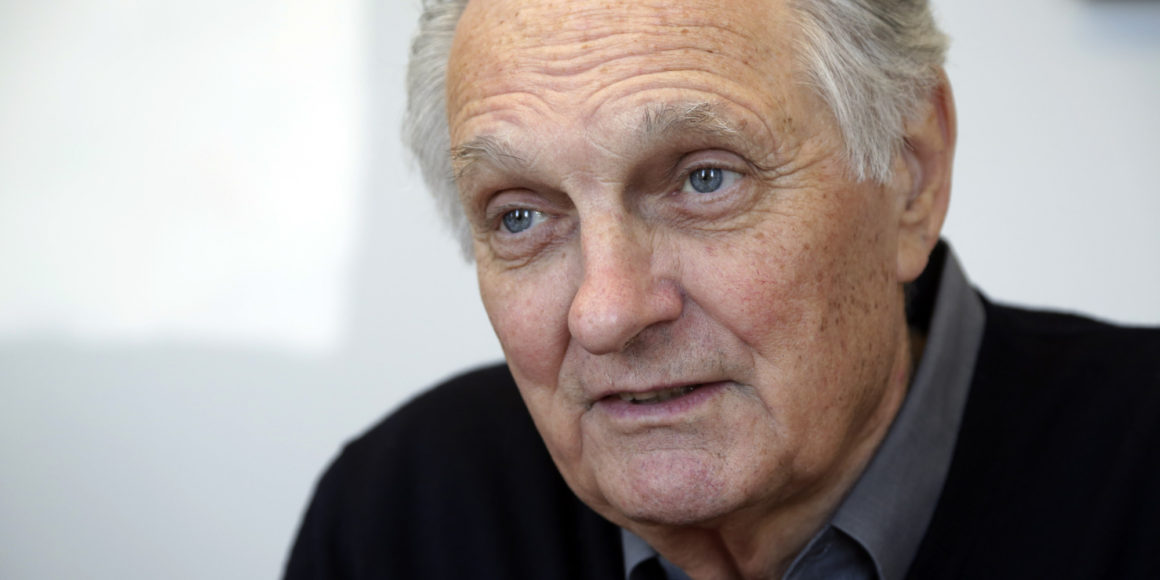 We are the recipients of an 1997 restraining order. Keeping us 100 feet at all times away from America’s greatest actor, Mr. Alan Alda. – George

I look like if Steven Spielberg hadn’t made any money. – Gil

I’ve had a tet-a-tet of sorts with fellow actor Richard Dreyfuss. He of course got the lead in Jaws and I have locked jaw from all the cocaine I’ve done. – Gil

I am Raven-Symoné level upset that you did not get that job. – George
That is so Raven of you to say. – Gil 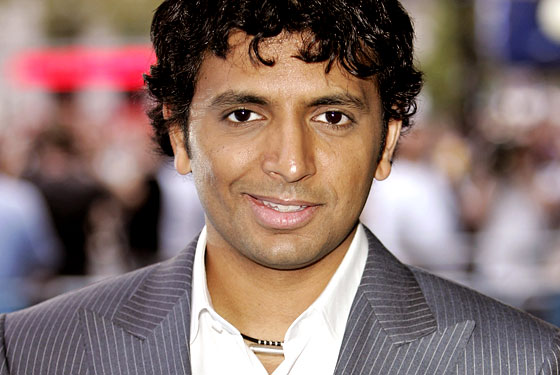 The big M. Night Shyamalan twist at the end.  – George

Famously at the revival of True West you’d see John C Reilly and …sorry, Phil Sey Hoffman. I’m sorry. – Gil
It’s hard, because we get choked up on cue at the same point every show. – George
Which is mainly because we wanted to make Philip Seymour Hoffman’s death about us. You know. – Gil 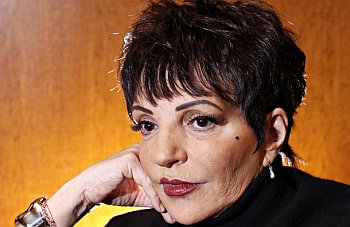 Liza Minnelli mounted her iconic Liza with a Z on this very stage directed by the great Bob Fosse. – Gil

So many great playwrights. Tennessee Williams and his sister Serena. – George
They were rivals, but they loved each other. – Gil
You see I blame the father. – George
He pushed  them too hard! – Together

They have everything…the cast of Newsies huddled over a flaming garbage can. – George

Steel Magnolias. First a play and then a movie and then back as a play. The Broadway equivalent of moving back in with your parents. – Gil

August Wilson, the acclaimed African American playwright. I could name so many titles of his plays, but I’m gonna walk over here now. – George 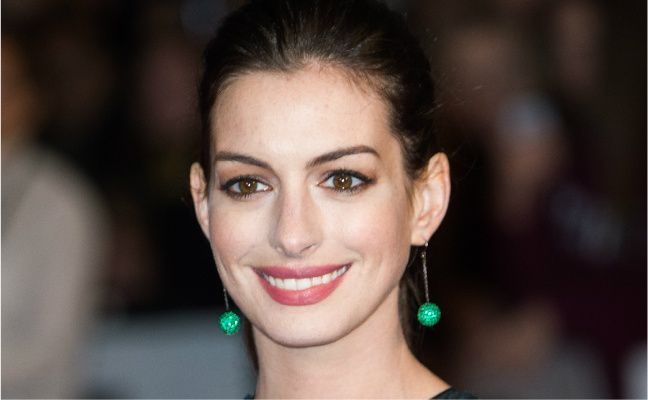 
This is the trapped door from the set of the Diary of Anne Frank. Not to be confused with the diary of Anne Hathaway which we stole out of her purse at the Gotham awards. – Gil

An in honor of Jean-Paul Sartre‘s classic play, No Exit, we have installed a no exit sign. Which the City of New York informs us is a massive fire hazard. – George

Tony award winning play mounted here at the Lyceum theater, I am My Own Wife. – Gil

This is the original stoop from the Cosby Show. Which we got for like nothin. – Gil
They paid us to take it. – George
They’re like, “This things got bad juju, get it off our hands.” – Gil

Perhaps you didn’t have time before the show to eat at Guy Fieri‘s great American garbage fire. Eat food in the theatre. – Gil

When you open your cab door into a city biker it’s a silent protest against Mayor de Blasio. – Gil 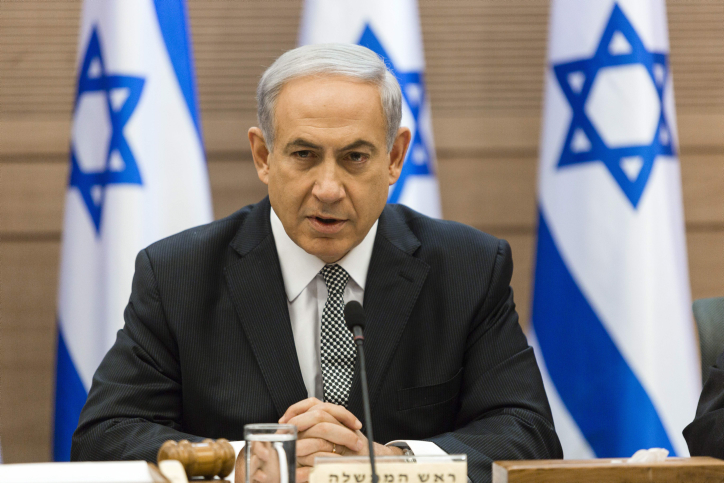 His hair is like the JonBenét Ramsey case, The more you look into it the more questions you have. – George

The honking of the horn, that’s like Miles baby. – Gil (Miles Davis.)

Mark and Judy like Stomp. – Gil
You know I like Stomp. George
I love Stomp, they bang everything. – Gil.
You have got to go see Stomp on tour. It’s the same. – George

This line hangs there in the air like Lenny Kravitz’s very nice, very full, penis. You remember when his pants split and it fell out. There’s a video of it, this was like 15 months ago. We here at Oh Hello feel this did not get enough attention at the time. – George 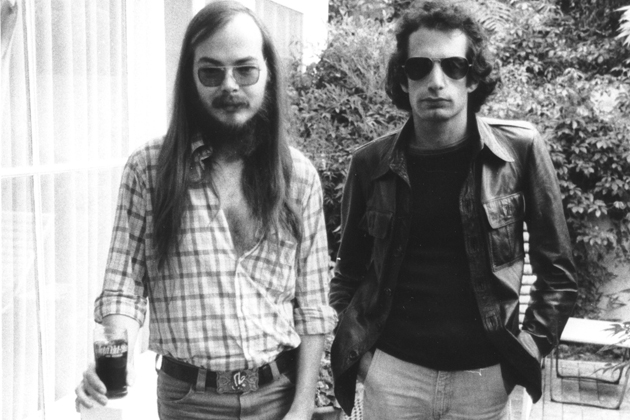 Walter Becker from Steely Dan playing his guitar like he’s in a band at the end of a Lunesta commercial. – George

Donald Fagen on the keys looking like if Ray Charles played the keys on an organ at a reformed synagogue. – Gil

Unfortunately we are only interested in young adult puff pieces now like Twilight or The Corrections. – George

I’m a sophomore at the Chauncy School for Misfits. It’s just me and a nun and a young Robert Durst. – George

It was an LSD bicycle cult, now known as Soul Cycle. – Gil

Millions of people watched Neil Armstrong walk on the moon. I’ll never forget where I was, on a sounds stage in Queen helping to fake the moon landing. – George

We do not have the rights to Bill Joel’s Moving Out. – Geroge

Do Mike Jackson. Do king pop. – George
I want to hang a baby over a balcony. – Gil 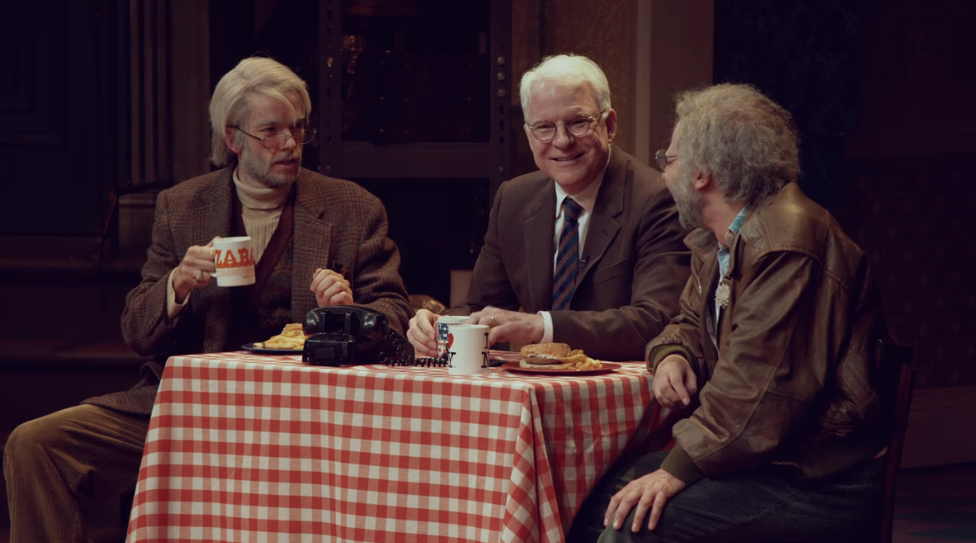 Steve Martin (with George and Gil), Actor, Father of the Bride

Trump is doing a remake, it’s called No Amigos. – Steve

Do you do Uber? – George to Steve

What has just descended from this prop that we stole from Angels in America. – Gil 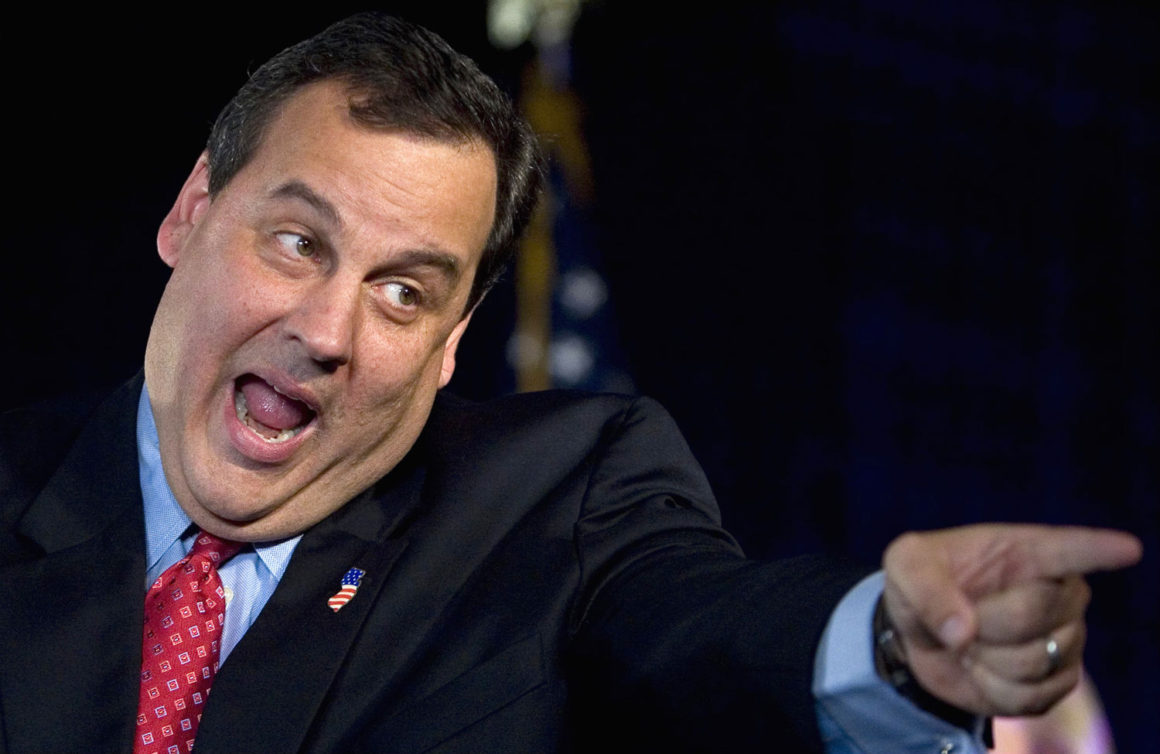 There’s no Disney theatre. Disney is just a man in California trying to freeze himself so he can outlive the Jews. – George

The Iron Curtain crumbled so that many years later Vladimir Putin and Donald Trump can ride shirtless on horseback over the charred remains of humanity. – Gil 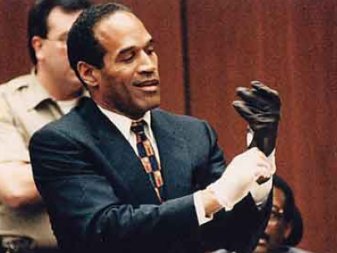 My version of the Colour Purple was good. – Gil

She is becoming a Yoko between us. A racoon Yoko – a Rococco. George

Look at the audience getting all turned on like they’re at a regional production of Chicago. – George

I saw too many productions of Spiderman where the guy died, I’m not doing it.  – Gil

George and Gil are now legitimately dizzy, so we take a knee. – Gil
And then a bridge pose, and then a Martha Graham, and then we lay down. – George 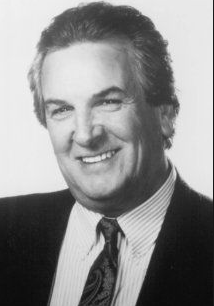 Will you go to every pizza place in New York and bring me every sun faded headshot of Danny Aiello? – Geroge

Will you got to the Magnolia bakery as featured on the Sex and the City walking tour and just open fire? – Gil

We’re gonna be on the cover of Wired magazine because anyone can be. – George

Intermissions ruin the flow of the show. Would you stop the Super Bowl halfway through to do a bunch of bullshit?  – George 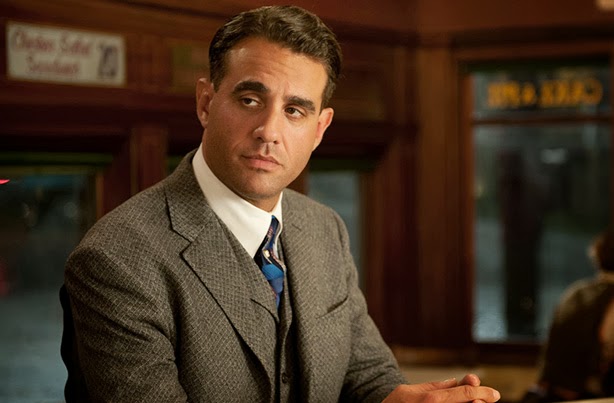 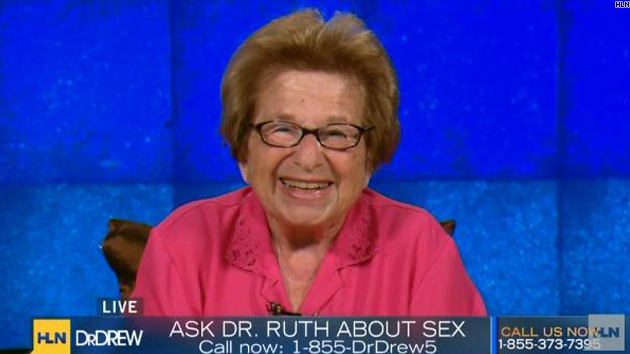 Dr. Ruth, sex therapist, the Dr. is not medical

I looked out in the crowd and thought Dr. Ruth was dating Bill Clinton. – Gil

The band 311 called me and said I can’t fuck raccoons anymore. – Gil

'Oh, Hello on Broadway…getting the jokes one culture reference at a time' has no comments