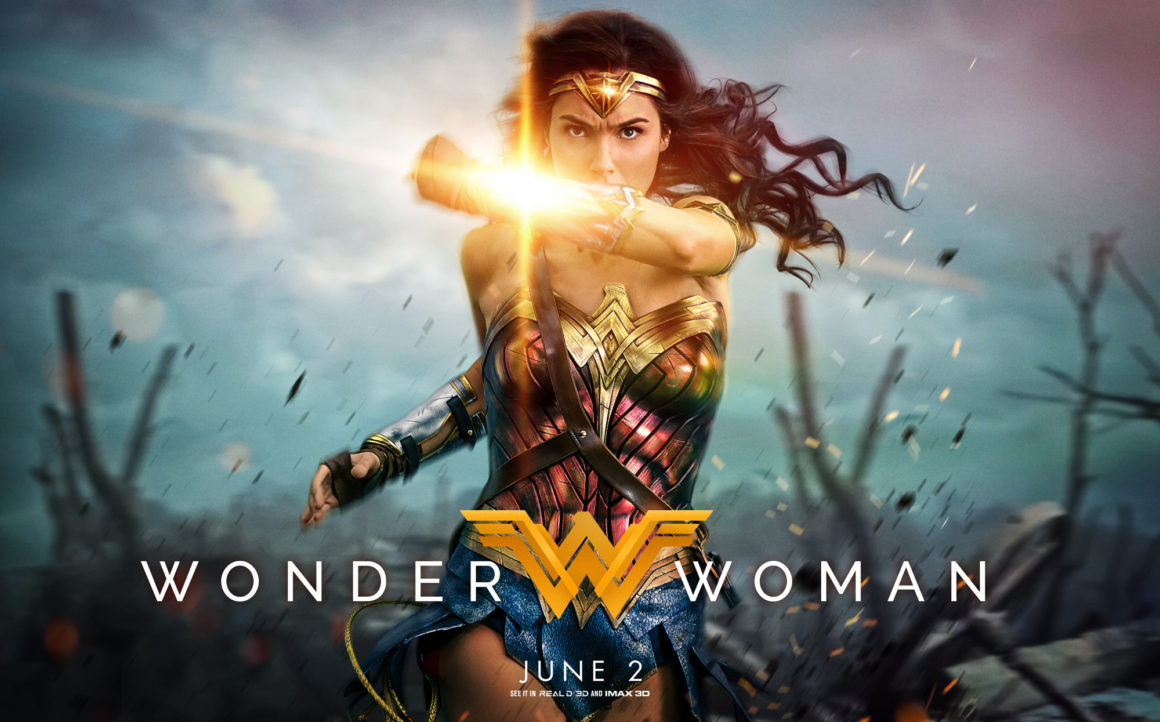 At long last the time has come – a female-led superhero movie.* Wonder Woman came out this weekend and it was the best DC has done in years. It looks like they finally have a chance to rival the Marvel universe.

The release was a great day for Wonder Women fans. A man sitting next to me in the theatre said he had been waiting 20 years for this to come out – “Green Lantern before Wonder Woman? Some things in the world make no sense!” He was a big fan. There were also little girls dressed up like the hero strutting into the theatre ready to do business.

This wasn’t the first time Gal Godat’s Wonder Woman was on screen. She made her first appearance in Batman vs. Superman. THIS was her origin story. We all know that Batman fell into a cave and Superman came to earth from Krypton, and now we know that Wonder Woman is…you know, a f’ing fearless bad-ass with a big heart…oh, and she’s a god.

Diana doesn’t know she is a god until the end of the movie. When she decides to run into No Man’s Land to save that village, she thinks she is just a regular Amazon fighter. The best, but still mortal. She did watch her friends and family get killed on the Themyscira beach not long before so she knows a bullet should kill her. Antiope (Robin Wright) was the best of the Amazons and she was killed. (Side note: Robin Wright is amazing in this movie. Love her.)

So, when she takes a run into No Man’s Land she thinks she could die, but still goes. Even though all the men said no. Hero.

I went into this hoping for the best and expecting the worst (DC does not have a great track record recently – emo heroes with dark story-lines). I wanted a movie that would inspire girls, but expected one that would be slightly damaging.

Most female ‘heroes’ end up being bad-ass in an emotionally void, very unfeminine way. I was concerned that the only way to make her seem legit would be to make her seem heartless, like characters we see over and over again. Female characters who are compassionate, empathetic and motherly are generally seen as weak. Disagree? How many times have you seen a film where the female’s decision based on empathy ends up screwing over the cause and setting the team back in the process? Many. Emotion and heart didn’t play well to the female heroine.

Diana was all of that and more. She was the most compassionate. The most empathetic. The most protective. The most determined. The most And in the end, the most heroic.

I’m just hoping this new, more inspiring, way to portray a superhero carries into the other films. I don’t want Ben Affleck’s emo Batman bringing Diana down. We will see, Justice League will be released in November.

Previous: Auto-tunned Belle aside: Best parts of Beauty and the Beast (SPOILER)
Next: Oh, Hello on Broadway…getting the jokes one culture reference at a time