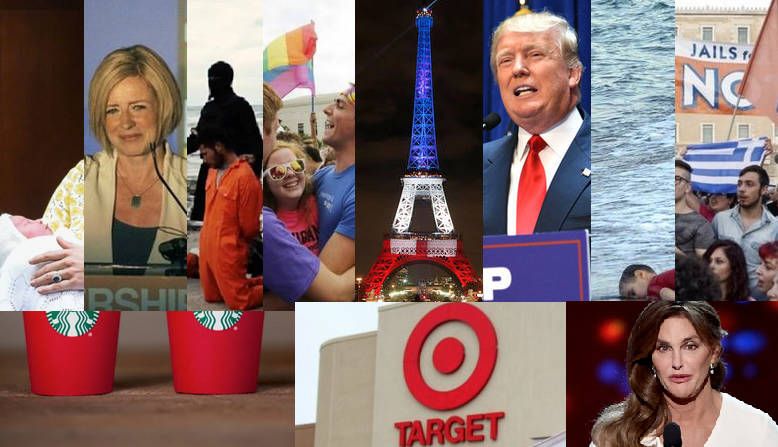 2015 was an interesting year. Here are the stories that got people talking, in a tizzy and were heard round the world. From terrorists to the red cup war on Christmas, we got passionate about so many different things.

Hellos
The world said hello to Will and Kate’s newest addition to the Royal Family, Charlotte. Another Brit gained international attention with a Hello, but of a different kind. Adele rocked the charts and our emotions with the first single off her much anticipated third album, 25. 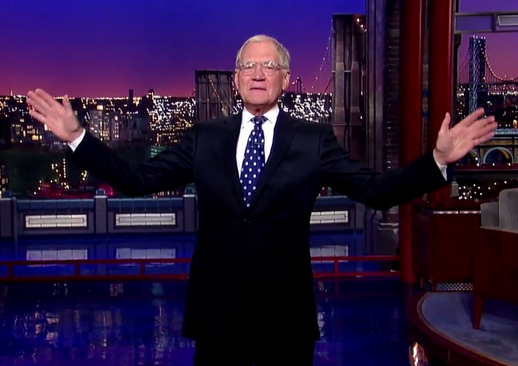 Goodbyes
There were a few people that took their final bows this year…David Letterman retired from the Late Show, John Stewart said goodbye to the Daily Show, Albertans said bye to the PC party, Canada said bye to Harper, Zayne said bye to One Direction and Target mic dropped on Canada like the apocalypse was coming. Boom, outtahere.

Praying for Paris
Twice in 2015 the world prayed for Paris. In two separate horrendous acts, Parisians were targeted by terror groups. First, the satirical French newspaper, Charlie Hedbo was targeted and 11 people were killed in January by two gunmen. Al Qaeda took responsibility for the attack. Second, was a coordinated terrorist effort on Friday, November 13, 2015. 130 people were killed and hundreds wounded in the attacks on several restaurants, a theatre and a football stadium. ISIS took responsibility for the attack, claiming it was retaliation for the French effort in the airstrikes against Syria.

Greece
The world waited while Greece played a game of chicken with the European Union. Would their debt crisis make them split from the EU? Nope they got a bail out, the world didn’t end, but it was a bit of a thing. 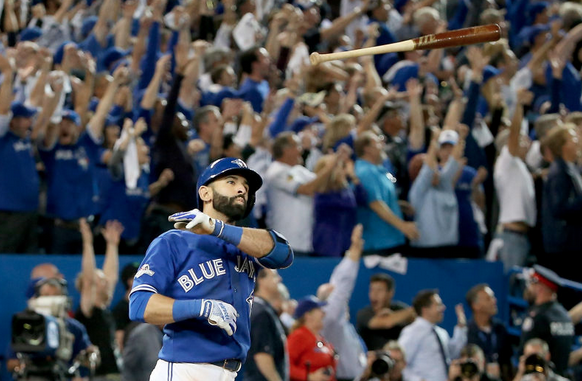 Toronto Blue Jays
It has been almost 20 years since the Toronto Blue Jays had a run at the World Series. As the only Canadian Major League Baseball team, the country was able to unite behind the organization as they flipped bats, hit homers and then, unfortunately lost in the second round. It was a good run though…and the whole country got in on the fun.

ISIS
What the hell is ISIS? Is what most of the world was thinking a couple of years ago and in 2015, it became a household topic of conversation. Known for beheading people on camera and taking ownership of any act of terror against civilians…it makes sense. The terrorist organization claimed responsibility for hundreds of terrorist acts this year including those in Paris, San Bernadino, Libya and Tunisia this year.

Cecil the Lion
People get really worked up about animals, and this year is no different. Walter Palmer, an American dentist went on a hunting trip to Zimbabwe where he killed a beloved lion named Cecil. The world lost their marbles over this and boycotted his business. I mean, what happens in Zimbabwe doesn’t stay in Zimbabwe Walter – PETA will find you wherever you go. 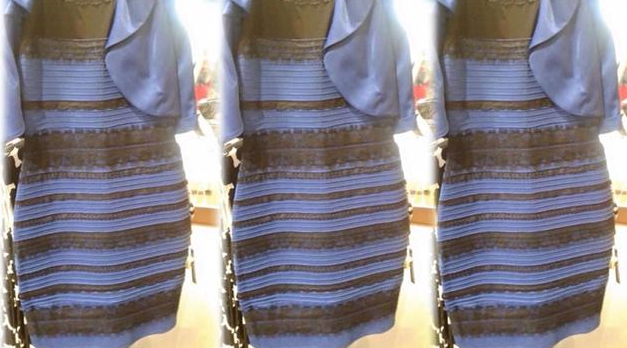 The Dress
What colour was that damn dress??? An image posted online took the world by storm when certain people saw it as blue and black and some as white and gold. Most people didn’t realize that we see colours differently…and now we do. But man, when we didn’t – the lines were drawn in the sand. (The dress was white and gold, btw.)

The Donald
It may be hard to remember, but when Donald Trump first announced his bid for the Republican nomination for the 2016 election the world laughed at the reality TV mogul and businessman’s attempt at taking over the most powerful country in the world. His rants about building a wall to keep Mexicans out of America gave comedians everywhere jokes for days. Six months later, Trump is no laughing matter…as the front-runner in the Republican race, 2016 is looking like it may give us more of The Donald than we had bargained for.

Love Wins
Dancing in the streets of America happened when the decision was read that the Supreme Court had legalized gay marriage throughout the USA. After years of…well, not legalizing it, it became a day of celebration for the LGBTQ community…and wedding planners across the country.

The Kardashians
For those people hoping that the Kardashians and everything they stand for will one day fade into the distance – this year was a massive disappointment. Not only did they Kardashians not fade away, 2015 was the rise of the two youngest in the crew becoming ‘adults’ and launching themselves on the world with trends like lip implants for teenagers. Kim Kardashian managed to stay relevant by producing another child which they named Saint (obviously) and Kanye announced he would be running for president in 2020 (obviously). The biggest and best story coming out of the Kardashian madness was Bruce Jenner revealing his gender transition to become who she is now – Caitlyn (with a C, not a K). She is now the most famous openly transgender woman in the world. 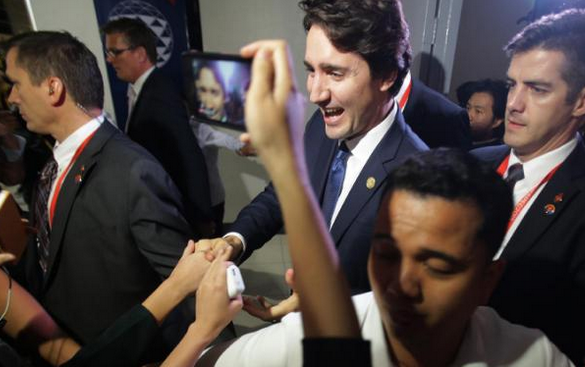 Justin Trudeau’s Hair
In October, Canadians elected the son of one of this country’s most memorable Prime Ministers, Pierre Elliot Trudeau. Justin Trudeau started his race at the bottom of the pack, behind incumbent Steven Harper and NDP leader Tom Mulcair, but in the end, Justin and his hair, won the election by a landslide. The rookie PM with he nice hair has become an international rockstar, posing for more photos in his time abroad than all the members of One Direction combined (or at least that one that people don’t know his name. Steve? Arthur? Not sure.)

The Refugee Rollercoaster
The fight in Syria has been going on for years, the refugees started migrating in hoards more recently. North American’s knew, but it wasn’t until an image of a young refugee boy found dead on a beach was shared with the public that this side of the globe went ballistic. We couldn’t get the refugees over here fast enough. With his election promise of bringing in 25,000 refugees, Trudeau got to work putting this plan into action when the Paris Attacks happened. All of a sudden people changed their tune and went from pro-refugee to anti, showing how fickle we can be. In the end 10,000 were let in and the next 15,000 are supposed to arrive by the end of February.

Rachel Doleza
In a year of heightened sensitivity to all things race related, there couldn’t have been a worse time for Rachel Doleza to be outed as being a white woman pretending to be black by her own family. This former president of the Spokane, WA chapter of the NAACP (National Association for the Advancement of Colored People) drew fire from all corners of the globe. This lie, compacted with all of the high profile race stories in 2015 and the strides that Black Lives Matter are making, made it one to remember.

Coffee Chain Outrage
The two most popular coffee chains in Canada underwent the consumers fury this year. First it was Tim Horton’s, when half of the Canadian the internet decided that they were going to #BoycottTims after Tim Hortons bowed to activism pressure to remove Enbridge ads from their in-chain TVs. There were Canadians who agreed with the move with the use of #RightMoveTims. At the end of it, everyone was still drinking Tim Hortons coffee. The world on a larger scale went after Starbucks in November when it was revealed that this year’s red cups were going to be…just red. Actually, they were ombre with a darker red at the bottom fading up to light, but that’s not the point. Some people were outraged that Starbucks was trying to destroy Christmas by not having a winter or festive scene on their cups. It was truly the oddest outrage of 2015. People are still drinking Starbucks coffee.

The Hotline Bling Dance
Who would have thought that the most talked about dance of 2015 would be one where Drake dances like a 80 year old man in need of a hip replacement. The Hotline Bling music video made for many, many, parodies and memes. Good times were had by all.

Justin Bieber’s Comeback
Giving faith to all discarded teen celebrities everywhere, Justin Bieber made a comeback this year with the help of Skrillex and his album Purpose. After a couple years of acting his age and being shunned by the entertainment community the kid proves he can make good beats. The staying power of this comeback is yet to be determined.

Oil Price Drop
Going into 2015, the price of oil was not good – which is not great for Canada, a very commodity driven economy. By the summer the prices started to nosedive and haven’t stopped since. The year ended with the price of oil sitting at $37 per barrel. An omen for good times to come I am sure… 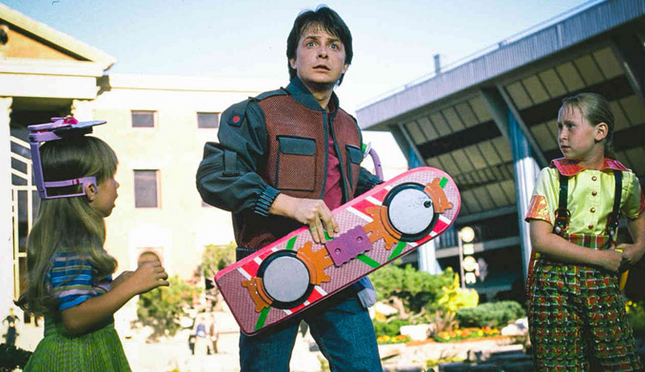 Back to the Future Day
It was finally the day in the future that Marty went back to in Back to the Future II. On October 21, 2015…people celebrated Michael J. Fox’s 80s classic with reminiscing about all of the technology they were promised in the movie, but still don’t have – aptly, the hoverboard. But then the world got a ‘hoverboard’ that broke a bunch of people’s bones on Christmas, so maybe we can just chill on creating that one for a bit. 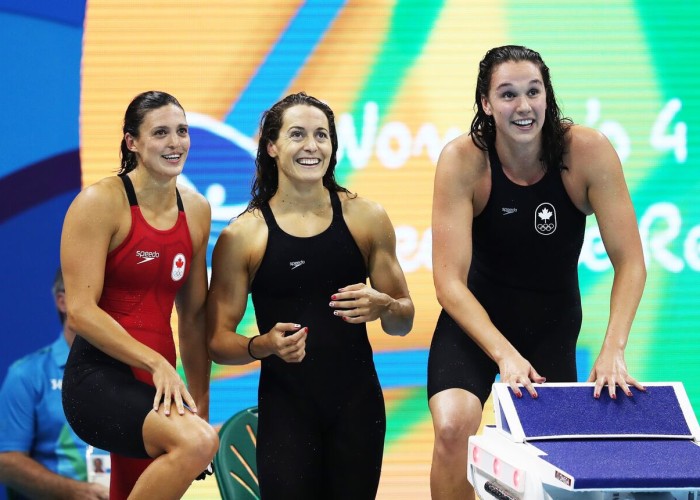 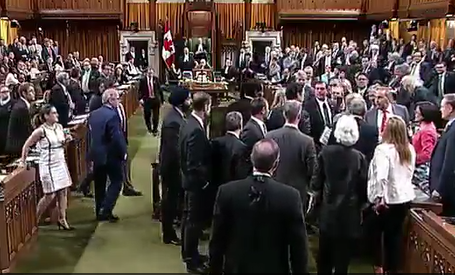 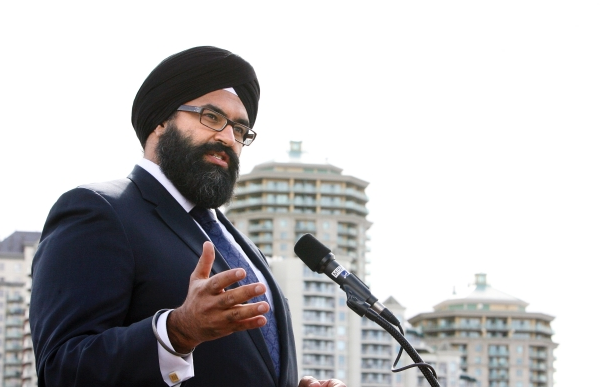 'Things we cared about in 2015' has no comments